(trip reports are so not happening in order. I am pleased that some are happening at all.)

Our last "roadside attraction" was the Oregon Vortex & House of Mystery

The kids got picked to be one of the first sets to demo the "height change" thing: 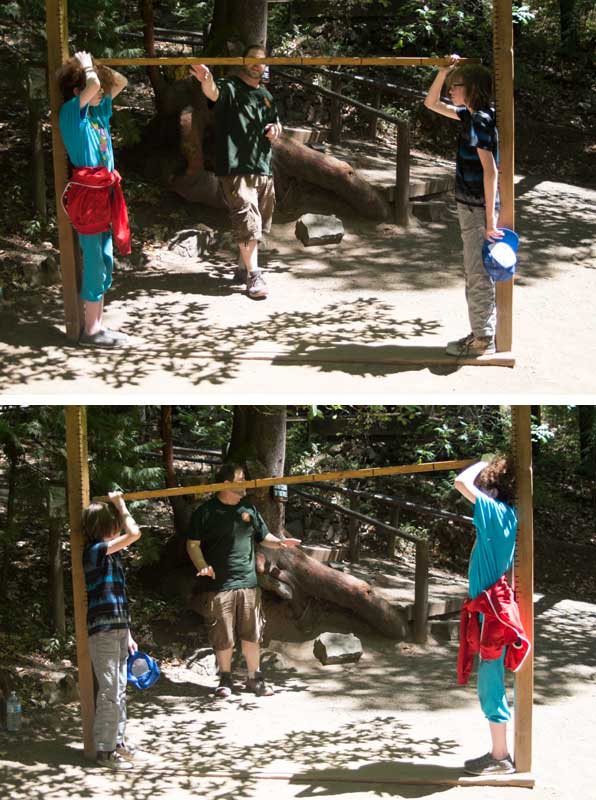 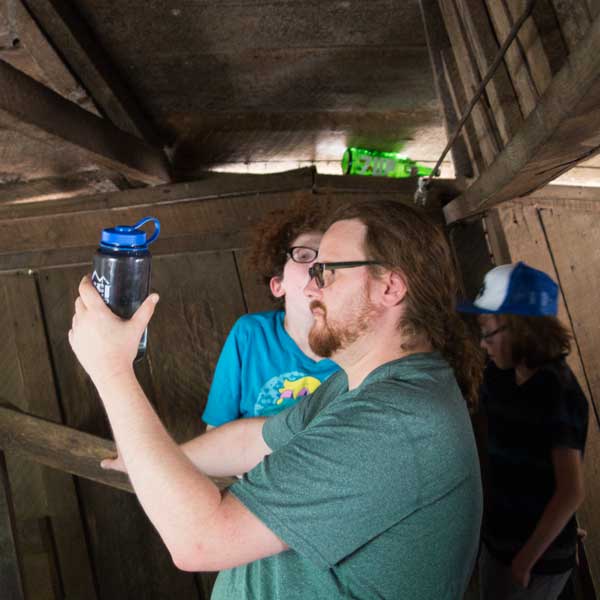 We had not thought to bring our own measuring instruments, but

So we basically went for a laugh/becuase of the kids love of Gravity Falls, but now I am a bit annoyed I didn't switch to the true 50mm lens or make sure I got to dead center and level to take these, because I can't be sure if the lean I am seeing in the pole on the left of the first set is a function of angle/lens distortion with this lens (it's a cheap kit 28-80mm zoom, at 48mm) or not.  They make a point to measure that the base planks are level, which was borne out by Sean's test-the-slope-with-poured-water experiments, but when they demonstrated how "level" the posts were up at the 5 foot level, it was a tape measure thing with the tour guide on one end, and eminently fudgable.

Then again, if it was that easy to explain the anomaly, it would have been called out by now.

It was fun, albeit hot as hell, and I haven't the faintest idea how they are doing it/how it is happening (but I do not buy the offered explanation, which just seems goofy.)

We were profoundly ready to head home at that point, though, and not just becuase of the bad news we'd received earlier that day.
Collapse